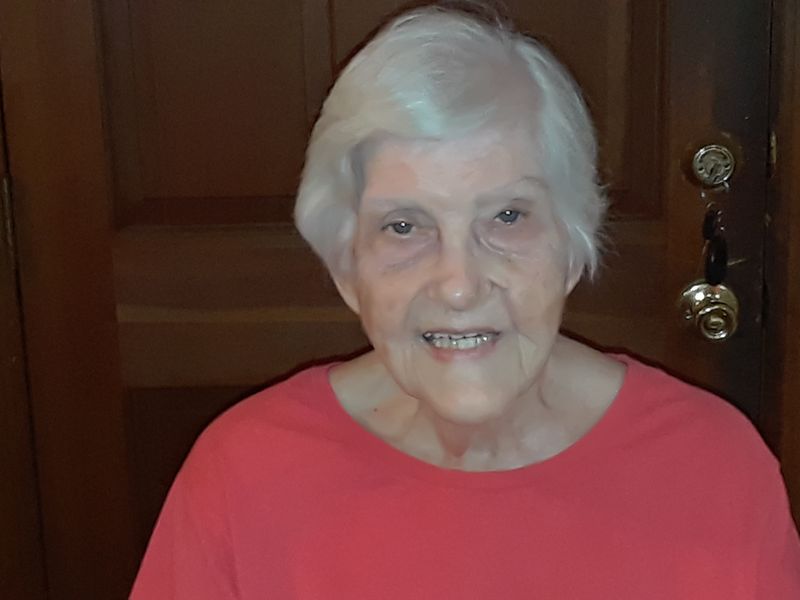 Zelma Inez Blackwell, 94, of 6383 Highway 56, passed away Monday, August 24, 2020, at her residence. She was formerly of Inman, South Carolina. Zelma was born in Covington, Tennessee on June 24, 1926, a daughter of the late Gordon Ray Glenn and Addie Mooneyham Glenn. She was the widow of Claude Alexander Blackwell.
Mrs. Blackwell was a retired employee of the Milliken Company. She was a member of Inman First Baptist Church and was attending New Hope Baptist Church in Landrum, South Carolina.
Mrs. Blackwell is survived by a daughter, Ruth Henderson, of Spartanburg, South Carolina; three sons Glenn Blackwell and daughter-in-law Diane Blackwood, of Pauline, South Carolina; Kenneth Blackwell, of Oklahoma and Donnie Blackwell, of Inman, South Carolina. She is also survived by a brother, Charles Glenn of New York; eight grandchildren and fourteen great-grandchildren.
Graveside Services will be held at 10:00 AM on Thursday, August 27, 2020, at Roselawn Memorial Gardens in Inman, South Carolina, conducted by Rev. Bobby Pierce. The family will greet friends following the service at the gravesite.
Memorials may be made to Agape Hospice of Spartanburg, 516 E. Main Street, Spartanburg, SC 29302. The families are at their respective homes.