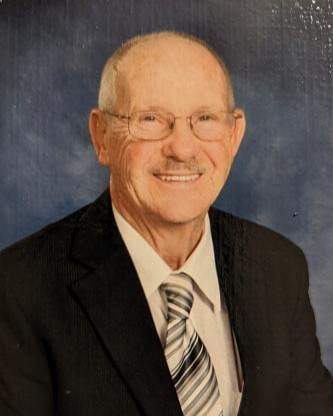 William Donald “Don” Strange, 81, resident at Ashlan Village in Lyman, passed away November 8, 2022 after several years of declining health due to dementia.

Born May 13, 1941 to the late Otis and Amanda McCarter Strange, Don was their last living child.  He is survived by his great-grandson Richard Strange; his significant other of many years, Linda Medley; an extra daughter Shelley Medley Arrowood and husband Kevin; extra granddaughter Emily Dill; his 4-legged baby Lady; and many nieces and nephews.  He was a member of Holston Creek Baptist Church.

Don was a lifelong resident of the Inman area. He worked at Inman Mills in his younger years and retired after 23 years with Michelin in Spartanburg.  He was an avid fisherman!  When he was not working, many times he could be found in his favorite camping spot at Lake Greenwood with his boat and his dog.  Don liked to work with his hands.  He was an extremely talented and creative carpenter, spending many hours in his wood shop making pieces that filled his house and that he gave away.  It made him happy to share his talents with others.  After retirement, he worked as a handyman – he could build or repair most anything.  He enjoyed watching Braves baseball, Gamecocks football and NASCAR.

Most importantly, he was a kind and gentle soul with a heart of gold.  He had a great sense of humor and loved to laugh.  When he smiled, it lit up his whole face.  Everyone who knew him felt his big heart and giving nature. He truly lived the phrase “Do small things with great Love”!

We would like to pay special tribute to the staff at Ashlan Village who lovingly cared for Don for the past 2 years.

To order memorial trees or send flowers to the family in memory of William Donald "Don" Strange, please visit our flower store.