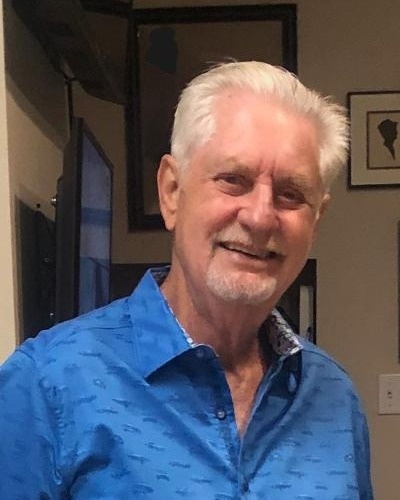 William Daniel "Danny" Collins
Covington, LA
Danny was born in Campobello, SC on August 18, 1942. He was the son of the late William Buford Collins and Jeanette Russell Collins. He is also preceded in death by his brother, Phillip Collins.
Danny passed away on Saturday, October 8, 2022 at 9 p.m. in Gulfport, MS. He had visited the Treasure Chest Casino to enjoy the buffet and crab legs that he loved so much, but no gambling that night. While traveling home with his girlfriend and close neighbor friends he took his last breath.
After graduating from Berkeley High School near Charleston, at 17 years of age, he joined the U.S. Army. He was stationed in Colorado Springs. In his first overseas assignment he guarded checkpoint Charlie in Berlin, Germany for a few years, which led him to become a Sergeant. Danny was also a Shriner and contributed to their philanthropy.

In 1965, Danny married Norma Reeves and soon after they were the parents of beloved musician and Ravenell’s rockstar, Robert Collins. Robbie passed away on December 5th, 2020.

Danny went on to work in power plant operations for Fluor Corporation. During those years, he met Marla Taylor. They married and had Kassie, while living in Raleigh, NC. He spent years coaching Kassie to become the starting softball pitcher for Mandeville High School in Louisiana. Through incredible work ethic and dedication, Danny went on to become a Senior Director of Operations, a role that took him across the country for several important energy infrastructure projects. He retired after 40 years of employment.

During his retirement years, Danny loved God and church and the New Orleans Saints.  He enjoyed traveling with his family, daily stock trading and politics, fishing, and winning casino trips. He was also an avid handyman, often fixing things near and far away. Danny was devoted to the people in his inner circle, and everyone knew they could always count on him. If you were in that circle and went to dinner with him, he always picked up the tab.

He is survived by a daughter and son-in-law; Kassie and Vitor Souza of Lake Tahoe, CA, a sister; Susan Ward of Greenwood, SC, his girlfriend; Dianne Dupre of Covington, LA, and six beautiful grandchildren; Katelyn, Lexie, Tori, Milana, Siena, and Julian.

To order memorial trees or send flowers to the family in memory of William "Danny" Collins, please visit our flower store.