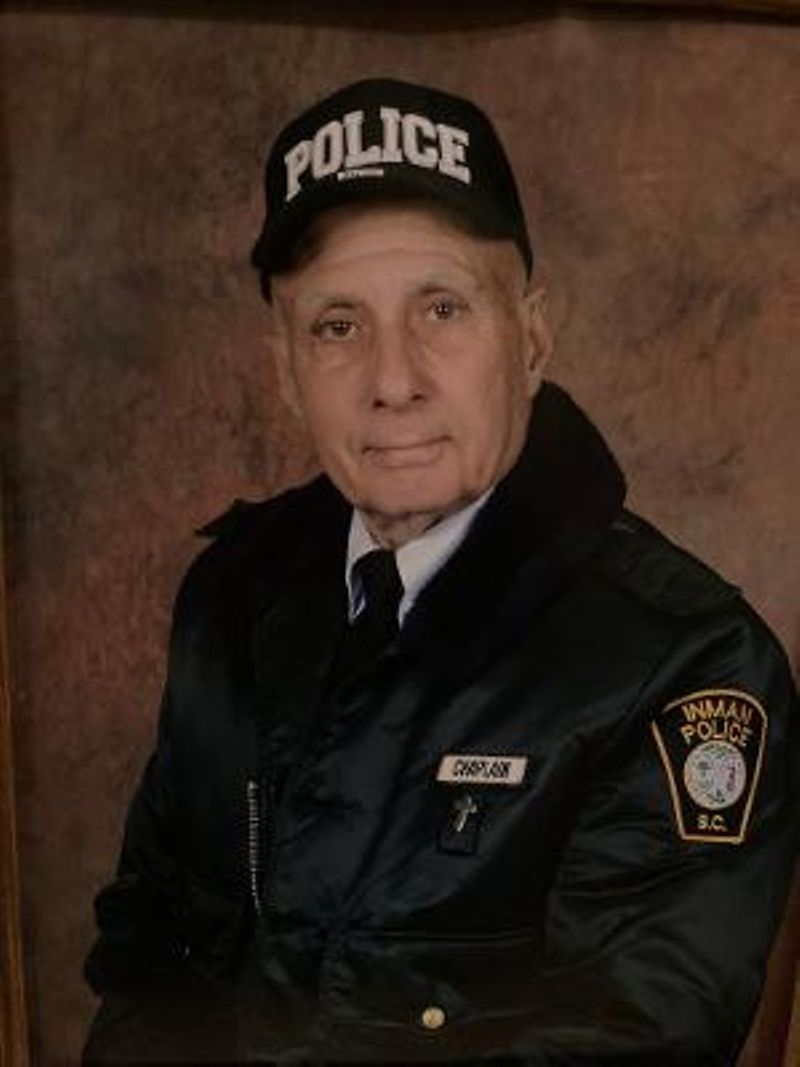 Willard F "Bill" Holland, Jr, 85, of 840 Holly Springs Road in Inman, passed away Thursday, March 11th, at Richard M. Campbell Veteran's Nursing Home in Anderson.
Bill was born in Crisfield, MD on June 5, 1935, a son of the late Ada Howard Holland and Willard F Holland, Sr and was the widower of Carolyn Ramsey Holland. Bill was a retired minister. Early in his life, he was a missionary and evangelist, started several rescue missions, and for 15 years Bill protected the residents of Baltimore as head of the Warrant/Fugitive Division and criminal investigator for the Maryland State Police. He most recently was the owner of Genesis Investigation Services and served as the Chaplain for Inman Police Department for 35 years. He was an animal's advocate, and you would often see him feeding the stray cats and wild birds around town. He was a member of Lighthouse Baptist Church and served in the U.S. Navy during the Korean War and was a member of American Legion Post 45. Bill was a faithful servant of God; His love for animals was superseded only by his love for Christ.
He is survived by four daughters; Stephanie Kaster and her husband Jonathan of Missouri, Laurie Holland of Inman, Billie Jo Upchurch and her husband Steve of Seneca, Amy Miller and her husband Marc of Chesnee, and six grandchildren; Matthew Kaster (Jordan), Thomas Kaster, Logan, Garrett, Grace, and Hope Miller, and his beloved cat, Lucky. In addition to his wife and parents, he was also predeceased by Shirley Hall, the mother of his four daughters.
The family will receive friends Sunday, March 14, 2021 12:30 PM until 1;30 PM at Seawright Funeral Home. Masks and social distancing should be practiced.
Graveside Services will be held at 2:00 PM on Sunday, March 14th at Roselawn Memorial Gardens in Inman with Robert Guffey and John Guffey officiating, and music by Cathy Guffey.
Military Honors will be performed by American Legion Post 45 and Inman Police Department will serve as pallbearers and honorary pallbearers. In lieu of flowers, memorial contributions may be made to Spartanburg Humane Society 150 Dexter Rd. Spartanburg, SC 29303. "Only one life twill soon be past, only what's done for Christ will last".