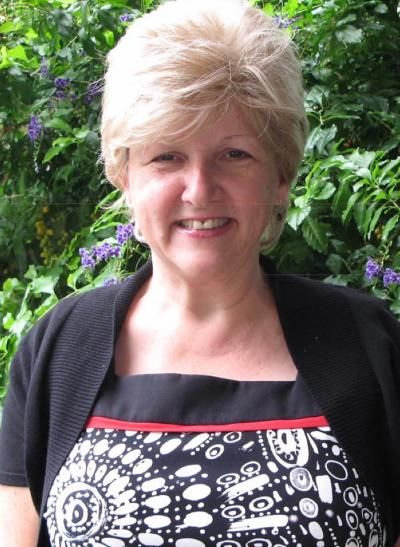 Wanda went home to Jesus on Thursday, April 30, 2020 after a 5 year battle with neo-endocrine cancer. She grew up in Spartanburg County and graduated from Spartanburg High School a year early. She lived in North Carolina, Kentucky, Louisiana and West Columbia, SC.

After her marriage ended she decided to enter the mission field. Wanda served on the M/V Anastasis, one of three vessels in the fleet of Mercy Ships. She embarked in Senegal where she served as a receptionist for the medical ship. Every four years the Anastasias toured the East Coast of the US to raise funds for refurbishing before going into dry dock at The Hague. She was on this tour when she disembarked in Norfolk to return home and care for her mother who was dying of cancer.

She returned to Columbia and became Assistant to the President at Columbia International University from 1998 -2000. When Dr. Mulholland retired she became the acting Director of Admissions until March 2003.

Wanda moved to Nashville, TN and earned a Master in Education from Peabody College at Vanderbilt University in 2005. Upon completion of her degree she returned to Columbia International University as Registrar.

A few years later, she was hired to create the Office of Undergraduate Registrar at Regent University in Virginia Beach, VA. She served there two years and moved to Berea, KY to serve as Registrar.

When the opening came for Concordia University in Irvine, CA, Wanda felt compelled to take it. It was here that, unknown to her, she would need access to UCLA-Medical for treatment of pancreatic cancer.

After living in California for two years she made the decision to return to Spartanburg in January 2017 to be near family. She settled in Inman where she lived until Thursday morning, April 30.

She was predeceased by her mother, Mary Burch. She is survived by her father Jim Burch, her sister Anne Ring and husband Tim, niece Morgan Ring, her brother Richard Burch, his wife Bibi, her great niece Andrea Greenway and great-nephew Abel Greenway.

Because of her heart toward missions and personal friendships with the following missionaries we are asking that donations be made in lieu of flowers:

You can donate online at www.Wycliffe.org or mail a check to:
Wycliffe Bible Translators
PO Box 628200
Orlando, FL 32862

**The family wishes to thank the staff and administration of Golden Age Nursing Home for their care and support of her during this difficult time in our nation. **

Funeral services will be held at 2:00 PM, Friday, May 22, 2020 at Inman First Baptist Church conducted by Dr. Paul Moore. The family will receive friends in the atrium of Inman First Baptist Church, 1:00 PM until 2:00 PM Friday, May 22, 2020. Burial will follow the service at Roselawn Memorial Gardens in Inman. The Inman Police Department and Inman Fire Department will serve as honorary escorts.
To order memorial trees or send flowers to the family in memory of Wanda Kaye Burch, please visit our flower store.