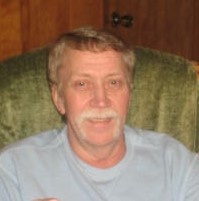 Born in Spartanburg County on August 18, 1952, he was a son of the late Frances (Christopher) McDowell and James D. McDowell.

Tommy served in the United States Navy, retired from Auriga Polymers after 30 years and was a member of Boiling Springs First Baptist Church.

In addition to his parents, he was also predeceased by two sisters, Wilma Kate McDowell Barnette and Brenda Sue McDowell and his sister-in-law, Linda McDowell.

The family will receive friends on Tuesday, July 5, 2022 from 1:00-1:45 PM at Seawright Funeral Home.  Funeral Services will follow at 2:00 PM in the Seawright Funeral Home Chapel with Rev. Bobby Lindsey officiating.  Burial will be in Roselawn Memorial Gardens with Military Honors provided by the Boiling Springs American Legion Post #200.

To order memorial trees or send flowers to the family in memory of Thomas "Tommy" Leland McDowell, please visit our flower store.