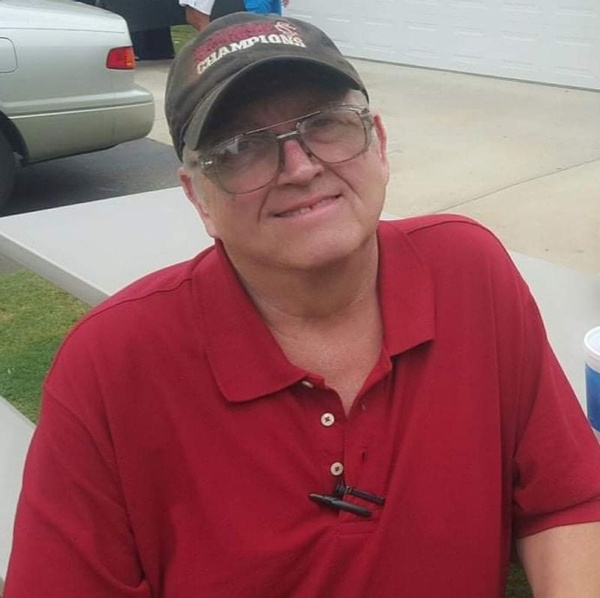 Steven Earl "Poppi" Burgess, 65, of 400 Creekside Dr. Boiling Springs, South Carolina, passed away on Wednesday, October 6, 2021 at Spartanburg Regional Medical Center. He was surrounded with love and family while being welcomed into the arms of his Lord and Savior Jesus Christ. Steven was a wonderful man that was loved, is missed, and will always be cherished. Our "Poppi," as he liked to be called by his grandchildren, "Honey," as he was called by Ann, and "Burgess" as he was called by friends, was an amazing husband, dad, son, and a "fixer of all things" like no other could be! He had a brilliant mind and a caring soul and always wanted to be remembered for his kindness and generosity to others.
Steve was born on January 9, 1956, he is the son of Rebecca Anne (Wilson) Burgess and Boyce Lee Burgess. He was both a loving and devoted son who cared deeply for his parents and the sacrifices they made to give him a wonderful life. Mr. Burgess graduated from Dorman High School in 1979 and went on to play golf at East Tennessee State University and Spartanburg Methodist College. He was an avid golfer and a 2 time Spartanburg County Amateur winner. Steve went on to work at Michelin Tire Corporation where he retired after over 35 years of service.
He married Andrea, the love of his life in 1979, she survives him. They had just celebrated 42 years of marriage in May of this year. Steve is also survived by his daughter Jennifer Pruitt and her husband Jeremy Pruitt, and son Steven Vance "Van" Burgess and his wife Ginger Gantt Burgess. He loved his daughter in law and son in law as if they were his own children! Steve will always be remembered for his selflessness, hard work, sacrifice for family and dedication. He was a loving and kind, husband, father, son and friend and will forever be missed by those who loved him. Steve answered to many things during his life but the most proud was when his grandchildren called him "Poppi." In his free time he enjoyed watching his grandson Ollie play baseball; his granddaughters, Caleigh and Carolina, play volleyball, or his granddaughters, Paislie and Lettie, Cheer. He also loved to watch his youngest grandson, Kullie, play ball and swim. Steve was most excited to meet grandbaby #7 in November 2021. Although he wasn't able to see this baby here on earth we know that he is watching over this sweet bundle of Joy and will always be the Guardian Angel to his precious grandchildren.
Steve was of the Baptist faith and was a member of Morningside Baptist Church. A Celebration of Life service will be announced at a later time and date.
In Lieu of flowers, memorial donations may be made to Bi-Lo Charities Children's Cancer Center, 900 W Faris Road, Greenville, SC 29605. He would be honored to know that he could help benefit not only his granddaughter Lettie but the many other children who are being treated at this amazing center.
To order memorial trees or send flowers to the family in memory of Steven "Poppi" Burgess, please visit our flower store.