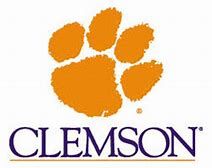 Sidney Martin "Marty" Kearse, 71, of 135 Roundstone Drive, Inman died Monday, August 19, 2019. Born in Saluda, SC, he was a son of the late Franklin Mace Kearse and Frances Virginia Martin Kearse. He was the husband of Carolyn Law Kearse of the home.
An avid Braves and Redskins fan, Marty played basketball in high school. Later Marty graduated in 1970 from Clemson University; and was sure to have at least some Clemson colors in his attire whenever you saw him. While attending Clemson, he was one of the members of the local Alpha Gamma fraternity that formed a new chapter of the National Sigma Phi Epsilon fraternity. After Clemson, in 1970, Marty went into the US Air Force and stayed until 1979. While in the Air Force and stationed in Grand Forks, ND, Marty helped form the Grand Forks Aquatic Society. After leaving the Air Force, he worked as a computer engineer at Mitre, NCR/ATT, and EMC in Columbia, SC. Marty was his sons' little league ball coach, a member of Kiwanis Club, and FIDO rescue group in Columbia.
In addition to his wife, he is survived by two sons, Stacy Kearse and wife, Renae, of Jacksonville, FL; Stuart Kearse and wife, Marlana, of Lexington, SC; a brother, Robert "Bob" Kearse of Union, SC; 1 granddaughter; Ellie Kearse, and 3 step grandchildren; Patrick, Caleb, and Madison Coleman, all of Lexington, SC; 2 nephews; Scott Kearse of Simpsonville, SC, Jeff Kearse of Dacola, GA; 4 nieces; Christie Lovinggood of Inman, Kelsey Cook of Duncan, Carrie Aistrop of Hartsville, and Megan Turk of NC; brother in law and his wife, Jimmy and Paula Law of Hartsville, sister in law and her husband, Cathy and Everette Matthews of Inman; a number of cousins and great nieces and nephews also survive.

The family will have a Celebration of Marty's Life and Greeting, 6:30 PM until 9:00 PM Saturday, August 31, 2019 at The Birdhouse at Mountainview in Inman.

In lieu of flowers, the family request memorials in Marty's memory be made to any No Kill Shelters or Animal Rescue services.