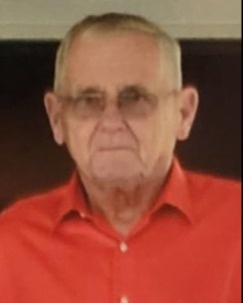 Mr. Moore was born in Spartanburg on August 27, 1945; a son of the late Dorothy Crim Moore and Robert Brown Moore. He was the husband of Wanda Parsons Moore of the home and was first married to the late Cheryl Moore.

He served in the United States Navy and retired from Michelin Tire.

He was of the Baptist faith, a member of the American Legion Post #45, enjoyed working on his wood crafts and loved baseball.

In addition to his wife, he is also survived by a son, Robert David Moore of Taylors, SC; two stepsons, Keith James Moore and his wife, Kerri, of Boiling Springs, Kevin Wayne Moore of Spartanburg; and four step grandchildren, Jessica Moore, Emily Moore, Jonathan Moore, and Katlyn Moore. In addition to his first wife and parents, he was also predeceased by a sister, Patty Holcomb.

Funeral Services will be held at 10:00 AM on Friday, August 19th at Seawright Funeral Home in Inman with Chaplain Andrew Fisher and Rev. Larry Holland officiating. Military honors will be performed by American Legion Post #45.

Interment will be private in Fort Prince Memorial Gardens, Wellford. The family is at the home and will receive friends following the service at the funeral home.

To order memorial trees or send flowers to the family in memory of Robert Ward Moore, please visit our flower store.
Send a Sympathy Card