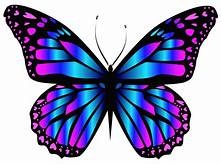 Michele Joy Beatty, 64, of Apple Orchard Rd in Inman, passed away Saturday, August 6, 2022 at her residence.

Michele was born in Altoona, PA on March 28, 1958, a daughter of the late Henrietta Betz Weyer and Alvin Lester Weyer. She was the widow of Ronald Allen Beatty. Michele was a homemaker.

To order memorial trees or send flowers to the family in memory of Michele Joy Beatty, please visit our flower store.
Send a Sympathy Card