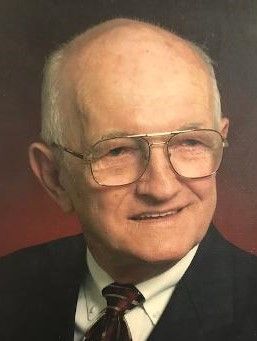 Maxcy Clyde Carter, 89, of 385 Williams Bottom Road, passed away Wednesday, August 19, 2020, at his residence. Maxcy was born in Spartanburg, South Carolina on April 11, 1931, a son of the late William Simms Carter and Effie Carter Risher. He was the widower of Mary Ruth Jones Carter. Mr. Carter was a United States Army veteran, having served during the Korean War. He retired from Noland Plumbing Supply after forty years and was the co-owner and operator of Bo's Fish Camp in Inman, South Carolina. Maxcy was a member of Inman First Baptist Church and a member of the Baraca - Winsome Sunday School Class. He was also a member of the Arcadia Masonic Lodge.
Maxcy is survived by a son, Glenn "Bo" Carter, of Inman, South Carolina; a daughter, Susan Carroll and her husband, Rodney, of Fairforest, South Carolina; three grandchildren, Kateri Rhinehart and her husband, Rusty; Kelley Rutledge and Tonya Lipscomb; four great-grandchildren, Marissa Richard; Lanna Rhinehart; Jeremy Rhinehart and Bradley Rutledge; two great-great-grandchildren, Able Ragin and Asher Sanchez.. He is also survived by a sister, Betty King, of Spartanburg, South Carolina.
In addition to his parents and wife, Mr. Carter was predeceased by a daughter, Norma Lipscomb and a sister, Mary McGarity.
Graveside Services will be held at Greenlawn Memorial Gardens in Spartanburg, South Carolina, on Tuesday, August 25, 2020, at 1:00 PM, conducted by Rev. Monty King and Dr. Paul Moore. Visitation will follow the service at the gravesite.
In lieu of flowers, memorial contributions may be made to Inman First Baptist Church, 14 N Howard St., Inman, SC 29349.