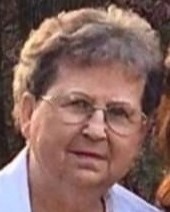 Mrs. Margaret Ann Clark Jimmerson, 81, of 174 Settle Road in Inman, passed away Friday, September 30th, at her residence.
Born in Union, South Carolina on July 28, 1941, she was a daughter of the late Ethel Phillips Clark and William Clark. She was the wife of Lynn Albert Jimmerson who survives her of the home.

She was retired from District 6 Schools and was a member of Westgate Free Will Baptist Church in Spartanburg.

No services are scheduled.

To order memorial trees or send flowers to the family in memory of Margaret Ann Clark Jimmerson, please visit our flower store.