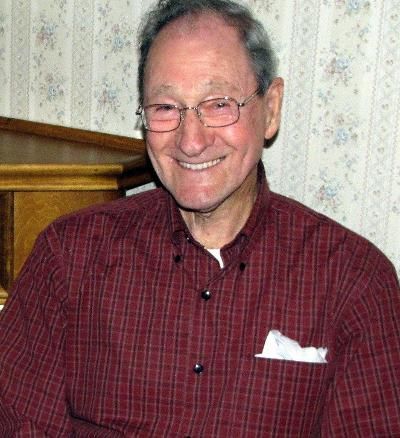 Lewis Albert Hawkins, 94, born August 16, 1925, to Clarence T. Hawkins and Nannie Emaline Griffin Hawkins, passed away peacefully on Monday, July 13, 2020, at the home of his daughter. He was predeceased by his wife of 58 years, Susie Kyle Hawkins, and also his wife of seventeen years, Mary Sue Cogdill Gibson Hawkins, as well as a son, Jim Hawkins, and a granddaughter Della Sue Hawkins. Mr. Hawkins was a member of Inman Mills Baptist Church. He was a proud and patriotic veteran, having served in the Navy during WW II and the USMC during the Korean War as a member of the Chosen Few. Lewis was a recipient of the Purple Heart and numerous other medals in recognition of his service to his country. Mr. Hawkins was a freemason, a member of the Order of the Eastern Star, a shriner, a member of American Legion Post #200 and a retired employee of Amtech Machine & Equipment.
Lewis is survived by two daughters, Loretta Petty Sweeney and her husband, Jim, of Cherry Grove Beach, South Carolina; Denise Nicholls and her husband, Jim, of Inman, South Carolina; two step daughters, Karen Coates of Campobello, South Carolina; Lucy Walcher of Simpsonville, South Carolina and a step son,Tommy Gibson of Inman, South Carolina. Mr. Hawkins is also survived by six grandchildren, Josh Nicholls, Phil Petty, Lori Eustace, Allison White, Robin Hawkins and Johnny Laughter; thirteen great-grandchildren and four great-great-grandchildren.
Graveside Services will be held, 11:00 AM, Thursday, July 16, 2020, at Good Shepherd Memorial Park in Boiling Springs, South Carolina, conducted by, Rev. Richard King.
In lieu of flowers, memorial contributions may be made to the Shriners Hospital for Children 950 Faris Rd. Greenville, South Carolina, 29605-4277 or to the Wounded Warrior Project 4899 Belfort Road Suite 300, Jacksonville, Florida, 32256.