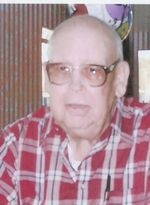 
Dr. LeRoy Pike, 79, of 3021 Clark Rd. died Monday, February 25th, 2008 at Regional Hospice House in Spartanburg, S. C.
A native of Duncan, he was the son of the late Jezziebelle Smith Pike and Dee Pike.
He was valedictorian of his graduating class at Reidville High School and earned an AA degree from North Greenville College, an AB degree from Wofford College, a MS degree from Clemson College and a Ph.D. in chemistry from the University of Virginia. He served after WWII in the U. S. Navy and was of the Baptist faith.
Dr. Pike taught about ten years beginning at Gaffney High School and ending at Appalachian State University where he directed graduate research. He worked as an analytical chemist at Cryovac in Duncan for 25 years. After retirement he was vice president of Zebedee Corp., a manufacturer of quality laboratory instrumentation. Dr. Pike loved teaching and continued to teach in service and special courses throughout his career. He was proud of being a teacher and a professional analytical chemist. Dr. Pike published some twelve articles in technical journals and held one patent. He was a member of the American Chemical Society and the American Society of Testing and Materials which honored home with its award for Outstanding Achievement in 1993.
He was married for 56 years to his beloved wife, the late Louise Page Pike. Survivors include three daughters, Ellen Robbins, Joyce Bragg and Anita Turner all of Boiling Springs, S. C. two sons, Benjamin Leigh (Bennie) Pike of Inman and Thomas Leroy (Tommy) Pike of Boiling Springs, S. C., a brother Thomas Newton Pike of Atlanta, along with many grandchildren and great grandchildren. He was predeceased by a sister Vernie Pike Juras.

Funeral services will be held at Seawright Funeral Home Chapel at 4 PM on Thursday, February 28, 2008 with Rev. James Crocker and Rev. Mike McConnell conducting the services. Burial will follow in the Boiling Springs First Baptist Church Cemetery. The family is at their respective homes and will receive friends at the funeral home from 2:30 until 4 PM on Thursday, February 28, 2008.


www.seawright-funeralhome.com
To order memorial trees or send flowers to the family in memory of LeRoy Pike, please visit our flower store.