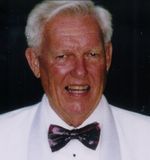 Mr. Cook was born in Greenville, S.C. on December 20, 1929,and was the son of the late John Thomas and Helen Dallas (Gosnell) Cook and step-father Will K. Day. He was the husband of Xiao Xia (Ling) Cook.

He served in the U.S. Army and was employed by District 6 schools for 15 years and had previously retired from Draper Corp. He was a member of Nazareth Presbyterian Church.

In addition to his wife he is survived by one son, Robert Reynolds Cook of Spartanburg; one daughter, Lucinda Ann Cook of Myrtle Beach; two grandchildren Michael Alexander Cook and Caroline Morgan Cook.

Funeral services will be held at Nazareth Presbyterian Church at 4:00pm on Sunday, June 10th, with Rev. David Sutton officiating. Burial will follow in the church cemetery.

The family is at the home and will receive friends Saturday from 3:00pm until 5:00pm at Seawright Funeral Home.

www.seawright-funeralhome.com
To order memorial trees or send flowers to the family in memory of Leonard Cook, please visit our flower store.