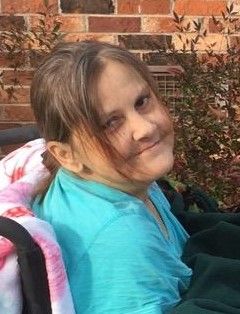 Kristie Michelle Lamb, 46, of 1180 Midnight Road Inman, passed away Tuesday, February 25, 2020 at her home following an extended illness.
Kristie was born in Spartanburg, on August 23, 1973, a daughter of Susan Diane Poteat Wilson, of Inman, and the late Stephen Joe Fowler.
She attended North Spartanburg Free Will Baptist Church and was a homemaker.
In addition to her mother, she is survived by a son; Johnathan Christian Lamb of Garner, NC, a daughter; Brittany Nicole Lamb of the home, her stepfather; Jim Wilson of Inman, her boyfriend; Stephen Gable of the home, and two grandchildren; Autumn Paisley Rayne Wayman and Natalia Maye Wayman.
The family requests donations to Spartanburg Regional Hospice, 120 Heywood Ave, Suite 300, Spartanburg, SC 29302.