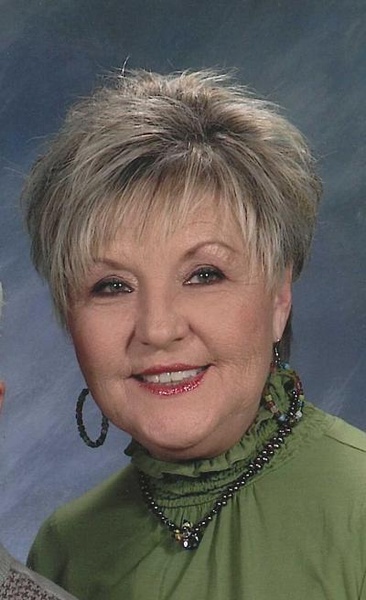 June attended Chapman High School, where she was involved in many clubs and activities, including marching in the Band of Gold as a majorette. She received the senior class superlative of “Friendliest,” an honor she lived up to all her life.

June graduated in 1962, after which she attended Gardner Webb University for one year. She then worked in the banking industry for many years, where her genuine smile and bubbly personality touched the lives of not only her customers, but also her fellow employees, many of whom became dear friends.

One of these friends introduced June to Caroll, who she married in 1992. June and Caroll shared a love of music, travel, church, and spending time with their many friends. They sang together in the choir at Holston Creek Baptist Church, where June was a dedicated member since childhood. June also cherished her role as teacher of Holston Creek’s Ruth Gleaner Sunday School Class, a group of women whom she loved dearly.

June was a loving and devoted mother to her two daughters, Angela and Amanda, for whom she was an inspiring example of kindness, strength, and unwavering faith. One of her greatest joys was watching her daughters become mothers to her five beloved granddaughters.

June found joy in life’s simplest moments. She loved to plant and pick flowers, to watch hummingbirds from her back porch swing, and to talk and laugh with the people she loved.

The family is at her home and will receive friends from 3:00 PM to 5:00 PM on Sunday, June 5th at Seawright Funeral Home in Inman, SC. Funeral Services will be held at 11:00 AM on Monday, June 6th at Holston Creek Baptist Church in Inman, SC. Burial will be in the church cemetery.

To order memorial trees or send flowers to the family in memory of June Splawn, please visit our flower store.