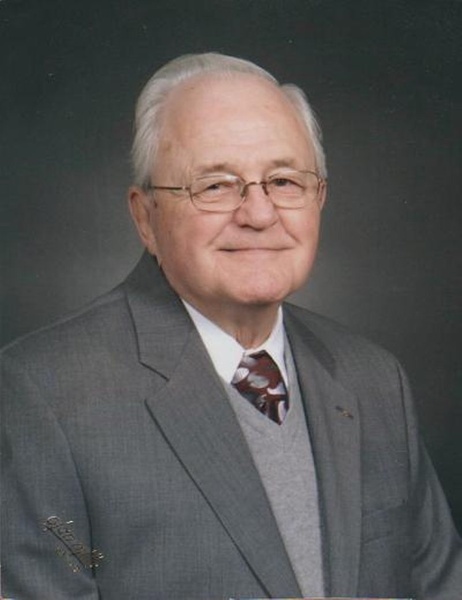 Jim Burch, 90, went to meet his Lord and Savior on January 16, 2021 at Pelham Medical Center. His daughter was with him as he peacefully left his earthly bonds.
Jim was the son of the late Andrew Jackson Burch and Geneva Huntley Burch of Chesterfield, SC. He was predeceased by sisters Meryl Gullege of Cheraw and Allie Burnette of Charlotte, NC; as well as brothers Joe Burch and Ike Burch, both of Indian Trail, NC. His only living sibling is Judy Davidson of Woodruff, SC.
He was the husband of the late Mary Burch. Jim is survived by a daughter, Anne Ring of Woodruff, her husband Tim and his granddaughter Morgan. He lived with his son Richard Burch and his wife, Bibi, of Inman. His step-grandchildren include Kevin, Andrew and Eric Greenway and step-great-grandchildren Andrea, Abel and Ava Greenway all of Inman. He was predeceased by daughter, Wanda Burch, also of Inman.
Jim served in the US Army in the Korean Punch Bowl as an Engineer and was honorably discharged with 2 Bronze Stars. He was a Life Member of VFW Post 9539 in Roebuck and a member of American Legion Post 45 in Inman.
He worked for many years as a Heavy Equipment Technician. In his younger years he enjoyed volunteering as a Sheriff's Reserve Officer.
He was always very active and never met a stranger. He loved to talk with his friends and reminisce about their younger days. Normally he went to the gym three times a week. He loved to go dancing and listened to southern gospel music. He always enjoyed attending annual high school reunions in Ruby, SC.
Most of all, Jim Burch loved the Lord and his family tremendously.
Services will be held Saturday morning January 23, 2021 at 11:00 AM at Seawright Funeral Home in Inman, SC with Dr. Michael Hamlet officiating. Family will receive friends from 10:30 AM until 11:00 AM. A short graveside service will be held at Good Shepherd Memorial Gardens on Hwy. 9 in Boiling Springs SC.
In lieu of flowers, memorials can be sent to Inman Mills Baptist Church Building Fund, 22 B Street, Inman SC 29349.
Family is at their respective homes.
To order memorial trees or send flowers to the family in memory of Jim Burch, please visit our flower store.