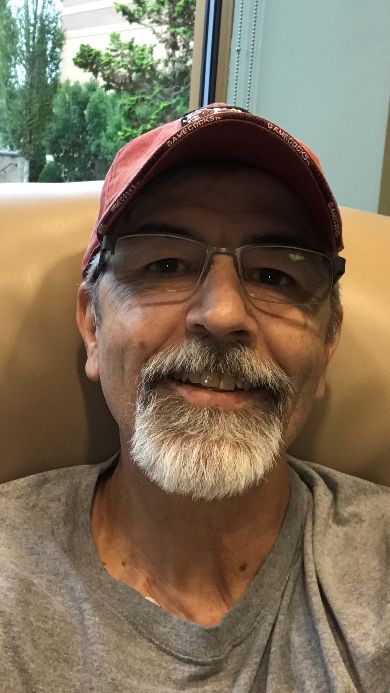 James Jeffery "Jeff" Hollins, 61, of Duncan, South Carolina, passed away Tuesday, September 29, 2020, at his residence. Jeff was born in Charlotte, North Carolina, on June 18, 1959, a son of the late James William Hollins and Martha Britt Hollins. He was the husband of Jamie Johnson Hollins. Mr. Hollins was a United States Army Veteran and a retired employee with Andritz Company.
In addition to his wife, Jeff is survived by a son, Dakota E. Johnson and his wife, Brittany, of Cowpens, South Carolina; a daughter, Stacy Hollins, of Kannapolis, North Carolina. Jeff is also survived by five grandchildren, Julian Johnson, Dylan Petok, Andrew Petok, Violet Thompson and Luke Petok.
Visitation will be held from 6:00 PM until 8:00 PM on Thursday, October 1, 2020, at Seawright Funeral Home in Inman, South Carolina.
In lieu of flowers, memorial contributions may be made to Spartanburg Regional Hospice, PO Box 2624, Spartanburg, SC 29304.