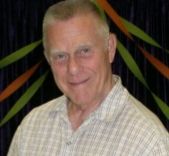 James Clifford Heneisen, Jr., 87, of 1240 Knollwood Acres Road went home to be with the Lord on Thursday, October 3, 2019. Born in Evansville, Indiana, on May 7, 1932, he was a son of the late Mildred (Goad) and James Clifford Heneisen, Sr. and was the loving husband of Marlene (Dale) Heneisen having celebrated 67 years of marriage. Mr. Heneisen served in the United States Army and served as a Southern Baptist Minister for 64 years and was currently a member of Boiling Springs First Baptist Church.

He was predeceased by one son, Dale Heneisen, one sister, Rosemary Givens and one great grandchild.

A memorial service will be held in Springfield, KY at a later date.

In lieu of flowers our family respectfully asks that memorial donation be given to Unity Baptist Church, 243 Wesley Miller Lane, Harrodsburg, KY 40330