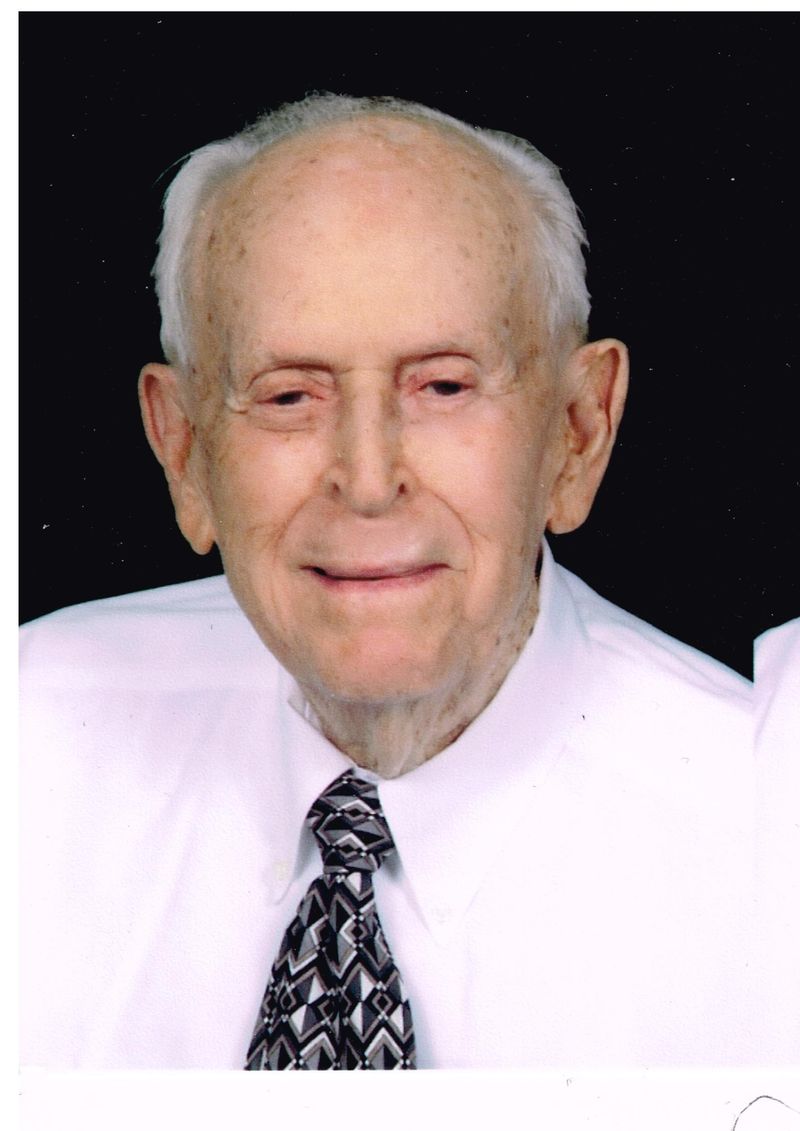 Inman, SC
James Millard Hart, Sr., 96, husband of the late Chattie Katherine Songer Hart of Inman, died on February 28, 2020 in the Spartanburg Regional Hospice Home.Mr. Hart was born in Spartanburg County on December 15, 1923, a son of the late Millard Lowry and Carrie Louise McCravy Hart. He attended Wofford College for two years and was on the Wofford ROTC Rifle Team. During this time, gas was being rationed because of World War II. The SC Highway Patrol was recruiting, so Mr. Hart decided to serve the Highway Patrol instead. After 7 years of service from (1946-1953) and starting his family, his wife requested that he leave the patrol because of the grueling schedule. He had a 30-year career with State Farm Insurance Company, and retired in 1990 at the age of 67 as Claims Superintendent. That position now requires a law degree. He instilled his strong work ethic in his five children. Mr. Hart was a member of Inman First Baptist Church, where he served as a Deacon and Building Administrator.Mr. Hart is survived by his five children, James M. Hart, Jr. and wife Susie (Blanchar), daughter Mella Dee Griggs and husband Jim, son Steve Hart and wife Heather (Wolters), son Kevin Hart and wife Jean (Spearman), and daughter Theresa Hart Perry and husband Jeff, twelve grandchildren, Charity League and husband Buddy, Nick Hart, Amber Hart and husband Tag Patacca, Adam Hart and wife Callie (Watson), Jamie Griggs, Sofia and Sebastian Hart, Josh, Matt and Hannah Hart, Addison and Abbi Perry, five great grandchildren, Cap, Aiden, and Tanner League, Layla and Sebastian Patacca. Upon retirement, he moved back to the Upstate from Charleston, SC. Jim enjoyed spending time at the farm with his late brother, John Hart and his late sister, Louise Hart Starnes. Of all his accomplishments, and there were many, he was most proud of his family, five children, twelve grandchildren, and five great grandchildren.He and his late wife enjoyed gardening, but his claim to fame was his lawn. Chattie referred to him as a "Man of God, and a Man of Sod". Mr. Hart also enjoyed dressing to impress, he was often referred to as a "clothes horse" and was quite the savvy shopper. For many years, Mr. Hart collected wildlife art and after he retired, he realized his dream of opening an art and frame gallery. At the age of 75, he decided to make one more attempt at working in law enforcement by applying for a position with the SC Correctional System. He passed the physical fitness test, but when his wife learned of his intentions, she enlisted all five children to talk him out of this new endeavor. As a consolation, State Farm agent, Jim Hart, Jr., offered him a position at his State Farm Agency in Boiling Springs, SC.Mr. Hart and his late wife were married for 64 years before she passed in 2012, three months shy of their 65th anniversary.The family is at his home and will receive friends in the Atrium of Inman First Baptist Church on Sunday, March 1, from 1:00 pm-2:00 pm, services will follow at 2:00 pm in the church sanctuary. Dr. Paul Moore presiding. Interment will be private. In lieu of flowers, memorials may be made to the Regional Hospice Home, 686 Jeff Davis Drive, Spartanburg, SC 29303 or to the Inman First Baptist Church, 14 N Howard Street, Inman, SC 29349.
Seawright Funeral Home & Crematory
www.seawright-funeralhome.com
To order memorial trees or send flowers to the family in memory of James Millard Hart, please visit our flower store.