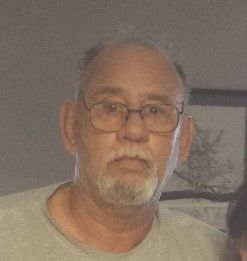 Born in Spartanburg, South Carolina on March 12, 1950, he was the son of the late Charlsie (Roberts) Hall and John Wesley Hall and was the husband of Melissa (Patterson) Hall having celebrated 25 years of marriage.

Jim served in the United States Army during the Vietnam War and was a Purple Heart recipient. Jim enjoyed going to flea markets, loved animals, enjoyed sitting in his recliner watching tv and loved helping his grandson build his first derby car.


The family will receive friends from 1:00-1:45 PM on Wednesday, August 12, 2020. Funeral service will follow at 2:00 PM in the Seawright Funeral Chapel conducted by Rev. Richard Burton. Military Honors will be provided by the American Legion Post 200 Honor Guard.

In lieu of flowers, memorial donations may be made to: Spartanburg Humane Society, 150 Dexter Road, Spartanburg, SC 20303.
To order memorial trees or send flowers to the family in memory of James "Jim" Hall, please visit our flower store.