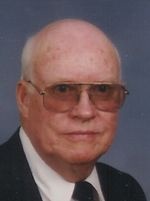 Mr. Cooley was born in Spartanburg County on August 16, 1925 and was the son of the late John and Gladys Strickland Cooley.

He was the husband of Edith Lucille Crow Cooley celebrating sixty years of marriage with her.

He retired from Southern Railway and was a member of New Prospect Baptist Church, where he served as the church clerk and as a deacon for many years

He served in the U.S. Army during WWII.

The family is at the home and will receive friends Saturday following the interment at New Prospect Baptist Church Fellowship Hall.
To order memorial trees or send flowers to the family in memory of J. Wailon Cooley, please visit our flower store.