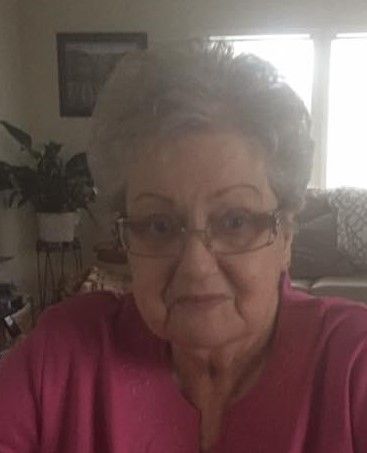 Ida Elora Meers Swope, 81, of 261 Nally Road, Greer, passed away Tuesday, July 9th, at her home surrounded by family.
She was born in Salinas, California on August 4, 1937, a daughter of the late Arva Emberson Meers and Jasper Otavie Meers. She was the widow of Howard Delbert Swope and was a homemaker.
Survivors include a daughter; Teresa "Teri" Renee Rogers and husband, Jack, of Inman, a daughter; Kathryn Swope of Spartanburg, a son; Richard Barber and his wife, Tammy, of Travelers Rest, a daughter in law; Rosie Swope of Salinas, Calif., a grandson, reared in the home; Ray Swope and his fiance' Amy of the home, a granddaughter reared in the home; Katrina Privado of Greer, twelve grandchildren, fourteen great grandchildren, six great great grandchildren; and was predeceased by a son, Raymond Swope.
Services will be private.