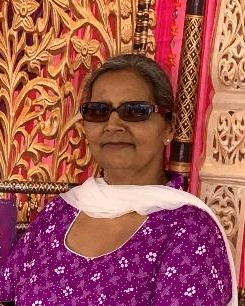 Harbans Kaur Singh, 66, of 160 Dickson Cove Road Campobello, passed away Monday, January 23, 2023 at Spartanburg Medical Center.
Harbans was born in the Sultanpur village of Punjab, India on November 23, 1956, a daughter of the late Mohinder Kaur Sahota and Hazura Singh Sahota. She was the widow of Nirmal Singh Virk.
She had worked at Inman Mills for over 20 years and also worked at ADO in Spartanburg and she attended the Sikh temple, Gurudwara Nanak Darbar, in Duncan.

Funeral services will be held beginning at 11:00 AM on Saturday, January 28, 2023 at Seawright Funeral Home in Inman, SC.

The service may also be viewed on youtube at: Seawright FH Livestream.

To order memorial trees or send flowers to the family in memory of Harbans Kaur Singh, please visit our flower store.