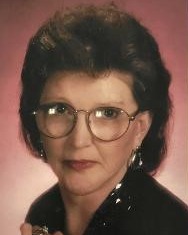 Dr. Floride Martin Calvert, 93, of 101 Data Bush Drive in Inman, SC, went home to be with the Lord on October 30, 2022. Born in Jamestown, NC, she was the daughter of the late William Milton and Mary Ada Blackwell Milner. She was predeceased by a son, Patrick Fraser Martin, and husbands, the Rev. Melvin Edward Calvert and Wayne Stevens Martin.

Dr. Calvert was educated in the Inman public schools, graduating as Valedictorian of her class in 1946. She completed her undergraduate studies at Spartanburg Methodist College and Limestone College, graduating with a Bachelor of Arts Degree in Secondary English. She earned a Master's Degree in English from Converse College and a Doctorate in Educational Administration from the University of South Carolina.

Throughout her life, Dr. Calvert chaired and was a member of innumerable boards and commissions throughout South Carolina. In her later years, she led countless school districts throughout our state as their interim school district superintendent.

Aside from her renowned career as an educator, Dr. Calvert authored both fiction and non-fiction books. Her first publications were a college textbook entitled, A Chronological Survey of South Carolina Literature and a punctuation guidebook for secretaries, bosses, and students called, A Nutshell Guide to Punctuation. Following these non-fiction works, she penned three novels: Between Hard Covers, Where Were You When, and When Chickens Come Home to Roost. Barnes and Noble Booksellers in Spartanburg hosted a book signing in recognition of Dr. Calvert's outstanding publications.

Serving as pallbearers are Dr. Calvert's grandsons, Martin Crawley, and Milner Martin. Other pallbearers include Christopher Martin (great-grandson), John Tindall, Donald Alverson and Marshall Macomson. The family of Dr. Floride M. Calvert will receive friends Sunday, November 6, 2022, from 2:00 PM to 3:00 PM at Inman United Methodist Church. Funeral service will follow at 3:00 PM with the Rev. Ed Stallworth and the Rev. Miriam Mick officiating. Interment will ensue at Roselawn Memorial Gardens in Inman. In lieu of flowers, memorials may be made to Inman United Methodist Church, 27 Bishop Street, Inman, SC 29349.

To order memorial trees or send flowers to the family in memory of Dr. Floride Martin Calvert, please visit our flower store.