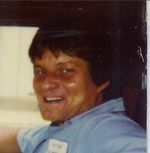 Mr. Williams was born in Leesville, SC on September 1, 1955, the son of the late Oscar Lee Williams and Mary Lee (Hutto) Buchanan and stepfather Ben A. Buchanan who survives him of Inman.

Funeral services will be held at Seawright Funeral Home at 2 PM on Wednesday, March 5th, with Rev. Johnny Guffey officiating. The family will receive friends one hour prior to the service at the funeral home. Burial will be in the Inman Cemetery.


www.seawright-funeralhome.com
To order memorial trees or send flowers to the family in memory of Donald Jerome Williams, please visit our flower store.