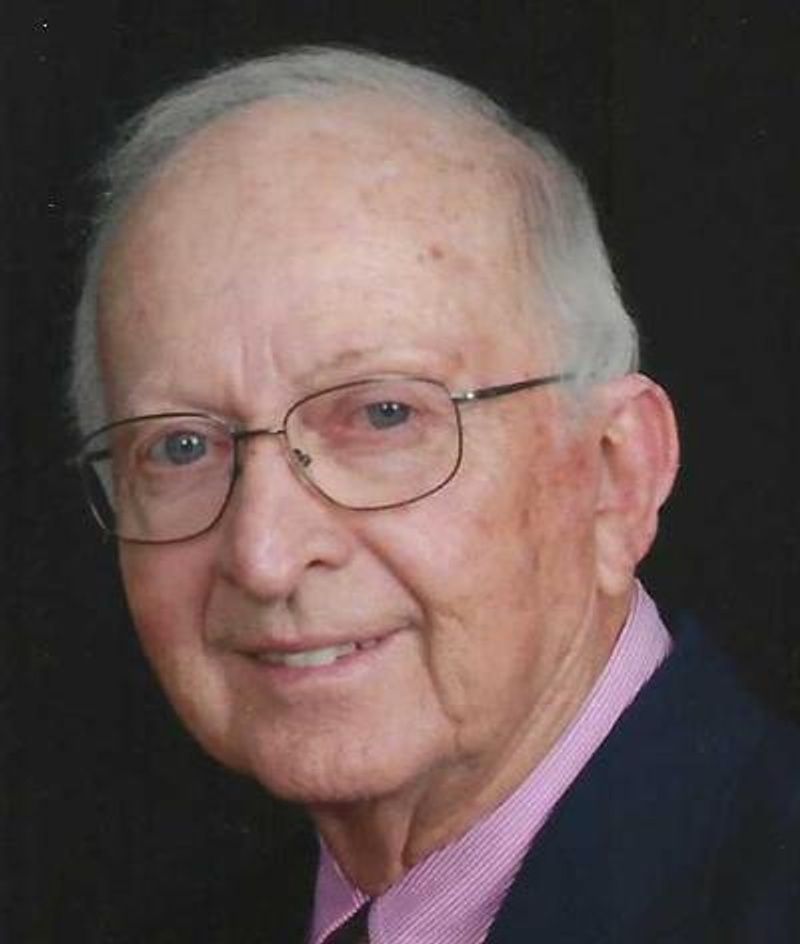 David Edward "Eddie" Whitaker of Inman passed peacefully at home February 2, 2022. Born and raised in Inman, he was the son of the late Herman H. Whitaker, Sr., and Geneva Muse Whitaker. He was the loving and faithful husband of Shirlene Whitaker for over 60 years, having married September 17, 1961.

Eddie graduated from Inman High School in 1953. While there he was active in all endeavors serving in student government and in the band.

Later in life Eddie began and coordinated the annual Inman High School reunion, encompassing many years' graduates. He was dedicated to his classmates and kept in contact with so many of them through the years.

He attended Clemson College and was a graduate of Cecil's Business College.

He was a veteran of the US Air Force, entering in February 1955 and receiving an honorable discharge in 1959. He served four years in the inactive reserves. He completed Basic Training at Lackland Air Force Base and graduated from Air Force Administrative School at Warren Air Force Base in Cheyenne, Wyoming; Army Adjutant General's School at Fort Benjamin Harrison in Indianapolis; and the Army Information School at Fort Slocum, NY. He was assigned to the Ninth Air Force Headquarters Public Information as an Information Specialist for 3 years, preparing and writing news releases for local and base papers as well as the Air Force Times. He also served as a Press Escort at Cape Canaveral during the first testings of the Saturn rocket.

Upon discharge he accepted a position at Eastern Finance Company in Greer where he met Shirlene.

In 1959 he was hired at Lyman Printing and Finishing Company in the converting department and later worked as Assistant Supervisor in shipping until 1963.

Eddie was a 1966 graduate of the Mendenhall School of Auctioneering and was a noted auctioneer in the upstate for many years. He was known for his humor and honesty. Specializing in charitable auctions, antiques sales and estates, he worked independently but was also associated with both the Goforth Auction Company and JB Johnson Realty and Auction Company during his long auction career. Eddie was the 58th auctioneer to receive a license in South Carolina.

A 32nd Degree Scottish Rite Mason, Eddie was a member (1959) of the Inman Masonic Lodge, a Shriner, and a member of Woodmen of the World.

A lifelong member of Inman First Baptist Church, Eddie served in many church positions over his life: usher, deacon, Sunday School adult department director, churchwide Sunday School secretary, choir member, Sunday School teacher. His greatest love, however, was being Director of the Nursing Home Ministry. He began assisting in the ministry in 1971 and became director in 1976, a position he maintained until Covid ended the ministry. During his time he coordinated services, music and preaching, in the Inman area homes. He participated in over 3,200 services and performed many funerals for residents of the homes. For his service in this ministry he received the Spartanburg Senior Standout Lifetime Achievement Award and special recognition from the S.C. State Senate.

He extended this ministry to a singing ministry – Sing Along with Eddie – for residents until Covid once again ended the opportunity.

Surviving Eddie are his daughter and son-in-law Edie and Dwayne Willis, son and daughter-in-law David and Laurie Whitaker, daughter and son-in-love Kati Whitaker and Zac Parker, granddaughters Emma Rachel Whitaker and Hannah Scott Whitaker, all of Inman, as well as children adopted in love Howard and Kelly McDill and grandchildren adopted in love Kendall, Belk and Marshall McDill. Also surviving are his brother Herman Whitaker, Jr., and his wife Ann.

He was predeceased by his brother Ken "Whit" Whitaker (Ruth).

Services will be held Sunday, February 6 at 3:00 at Inman First Baptist Church, conducted by Rev. Dr. Paul Moore and Howard McDill. Visitation will be from 1:00 to 3:00 in the church atrium. At Eddie's request, military rites will be conducted by the Chapman High School Air Force JROTC program.

Honorary escorts will be the Nursing Home and Sing Along with Eddie ministry workers of Inman First Baptist Church.

The service will be available on live stream at: https://youtube.com/c/InmanFirstBaptistChurch
To order memorial trees or send flowers to the family in memory of David "Eddie" Whitaker, please visit our flower store.