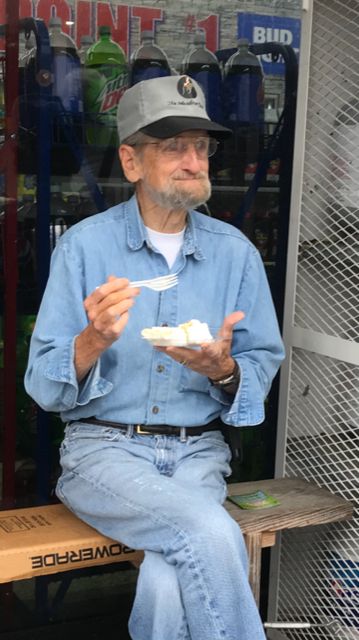 Clyde Gibson Ferrier, 81, of 23 Littlefield Street, Inman, SC, passed away Sunday, February 23, 2020 at his home.
Clyde was born in Washington, DC on October 9, 1938, a son of the late Dora (Ours) Ferrier and Joseph Ferrier. He was the husband of Mary Diane (Whitley) Ferrier, retired from Spartanburg Medical Center and was of the Baptist faith. He served in the U.S. Air Force.
In addition to his wife, Clyde is survived by two daughters, Cindy Ferrier, of Maryland; Carla Edwards and husband Paul, of Inman, two sons, Ricky Allen Ferrier, of Alaska; Lamar McAbee and wife Rhonda, of Inman, four grandchildren and seven great grandchildren and his "Hickory Point Buddies". He was predeceased by two sons, Mike Ferrier and Ronnie Garrison. The family is at his home and will receive friends from 6:00 PM to 8:00 PM on Tuesday, February 25th at Seawright Funeral Home in Inman, SC
Funeral Services will be held at 3:00 PM on Wednesday, February 26th at Seawright Funeral Chapel in Inman, SC with Rev Paul Edwards and Rev Billy Rice and Mr Lamar McAbee officiating. Burial will be in Roselawn Memorial Gardens Inman, SC.
In lieu of flowers, memorial contributions may be made to Spartanburg Regional Hospice Home, 686 Jeff Davis Drive, Spartanburg, SC 29303 or American Cancer Society, 154 Milestone Way, Greenville, SC 29615.

www.seawright-funeralhome.com
To order memorial trees or send flowers to the family in memory of Clyde Gibson Ferrier, please visit our flower store.