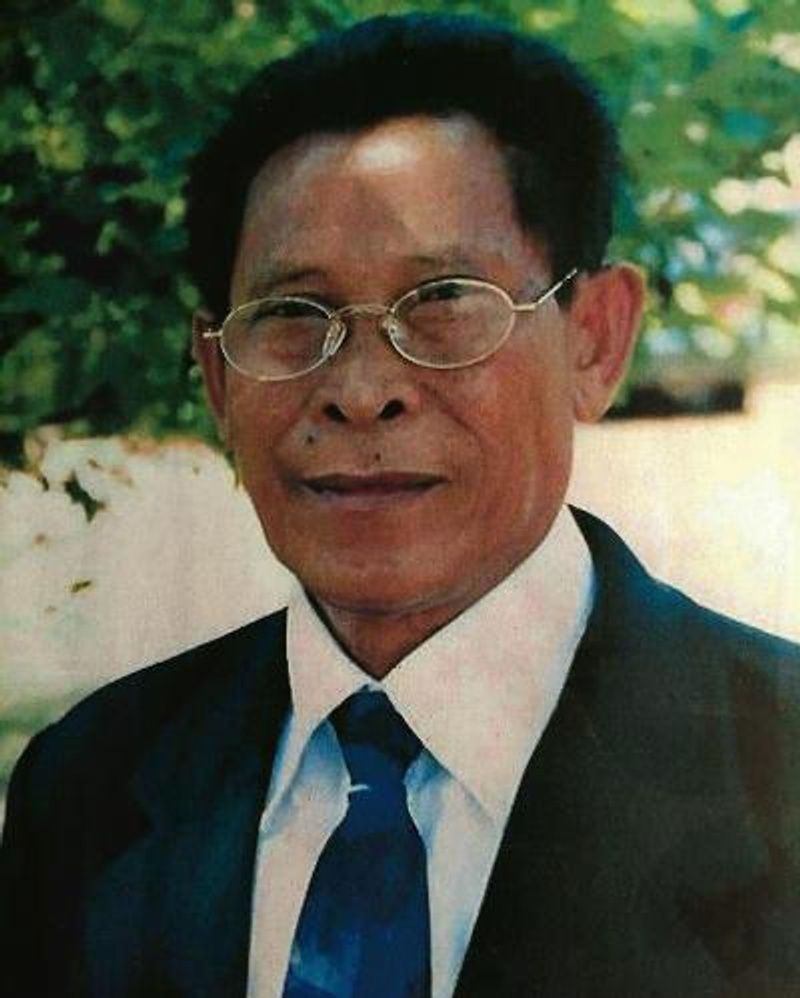 Ching Mang, 85, of 237 Norris Road, Spartanburg, passed away Monday, September 13, 2021 at his residence.
Ching was born in Cambodia, on April 12, 1936, a son of the late Puk Mang and Sao Mang and was the husband of Noeung Khoal Mang. He retired from textiles and was a member of the Buddhist Temple. Mr. Mang served in the Cambodian Military and was assigned with U.S. Military Forces in Cambodia.
In addition to his wife, he is survived by two sons; Sakhoeum Mang of Spartanburg, Sakhoeun Mang of Inman, two daughters; Sanoeung Mang of Boiling Springs, Samnang Roach of Canton, GA, a brother; Vurn Mang of Cambodia, eight grandchildren; and three great grandchildren. In addition to his parents, he was also predeceased by two grandchildren. His daughter penned this eulogy for her father:

Our father, Ching Mang, by Samnang

Our father was a real life legend. He was larger than life. He was a monk, army, leader, teacher, head of a village in Cambodia, and textile worker at places like Inman Mills and Mohawk. I know each and everyone of you have beautiful memories of him interwoven into your lives. He was a big hearted man and wanted to help anyone that needed help. He was a wonderful husband and father to four of us. He was a wonderful grandfather to 10 and great grandfather of 3.
You knew when he was in the room because of his loud microphone voice.
He loved traditions especially our Khmer traditions. He was a humble person, hard worker, and selfless man. He always made everyone laugh. His wit and intelligence not matched by anyone we knew.

Seawright Funeral Home and Crematory
www.seawright-funeralhome.com
To order memorial trees or send flowers to the family in memory of Ching Mang, please visit our flower store.