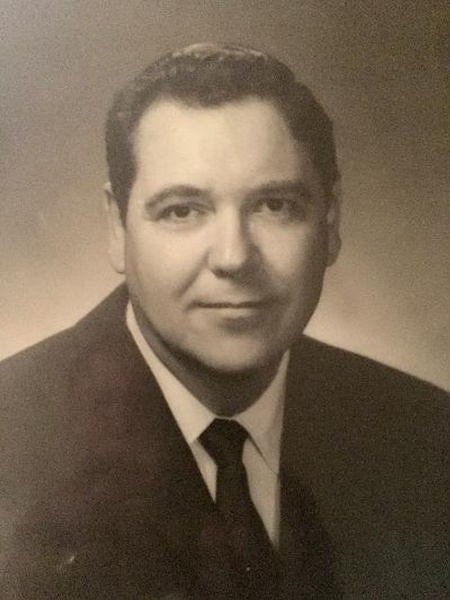 Carl Wesley Wilson, Jr., 94, of 377 Virginia Avenue Lyman, passed away Thursday, May 27th, at Regional Hospice Home in Spartanburg.
Carl was born in Inman on September 7, 1926, a son of the late Margaret McBride Wilson and Carl Wesley Wilson, Sr and was the widower of Doris Betts Kimbrell Wilson.
He was the President of Moretex Chemical and was a member of Inman First Baptist Church.
He served as a Petty Officer and Electricians Mate in the U.S. Navy during WW II where at the end of the war, he was assigned to a LCI (Infantry Landing Craft) in the Philippines. After WW II, he continued in the Navy Reserves. He was an alumni of Wofford College where he received a BS in chemistry.
Survivors include a daughter, Doris Wilson-Johnson and her husband Mike Johnson of Lyman, a son, Carl Wesley Wilson III and his wife Mary Ann Cromer Wilson of North Augusta, SC, two brothers, Larry Wilson and Ray Kent Wilson, both of Inman, four grandchildren, Tally Johnson, Miranda Johnson Clark, Wesley Wilson, James Wilson, and three great grandchildren. In addition to his wife and parents, he was also predeceased by a grandson, Brennan Wilson Johnson, and three sisters, Welda Blackwell, Mozelle Wofford, and Phillis Lynch. The family will receive friends Tuesday, June 1, 2021 from 10:00 until 11:00 in the Atrium of Inman First Baptist Church. Funeral services will follow at 11:00AM conducted by Dr. Paul Moore. Entombment will follow the service in Roselawn Memorial Gardens Mausoleum.
In lieu of flowers,, memorials may be made to Wounded Warrior Project, PO Box 758516, Topeka, Kansas 66675-8516.