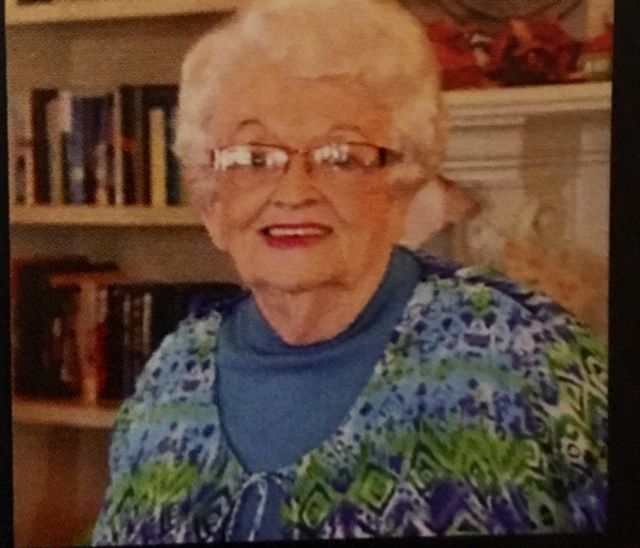 Lyman, SC
Betty Cannon Humphries, 91, of 415 Brenda Way, passed away Friday, June 7, 2019 at the Regional Hospice House in Spartanburg, SC. Mrs. Humphries was born in Clifton, SC on December 2, 1927 and was the daughter of the late Gertrude Kirby Cannon. She was the widow of the late William Earl "Bill" Humphries and was a longtime, faithful member of the Wellford Baptist Church. She loved her Lord, her family and her Wellford Baptist Church family. She had retired from the SC Employment Security Commission where she served as a claims agent.
Survivors include a daughter, Teresa Coan and her husband Fred and a son, Dwain Humphries all of Duncan, SC. Her four grandchildren are: Fred Coan, Jr. and his wife Sabrina, Amanda Coan, Bryan Humphries and his wife Mylene and Daniel B. Humphries and his wife Crystal. There are five great-grandchildren: Alexia Bailey, Tripp Coan, Will Coan, McKenzie Humphries and Mary Alice Humphries. Mrs. Humphries was preceded in death by a brother, William "Bill" Cannon and an infant sister, Mary Cannon. The family wants to extend their gratitude to the staff of Ashlan Village, Pelham Medical Center ICU and the Regional Hospice House for the loving care they gave to their mother.
The family will receive friends Tuesday, June 11, 2019 from 10:00 AM to 10:45 A M at Wellford Baptist Church. A Celebration of Life Memorial Service will follow at 11:00 AM in the church sanctuary conducted by Dr. Carl Poole and Rev. Mike Stokes.Special music will be presented by soloist, Susan McAbee and accompanist, Mike Blackwood. In lieu of flowers, donations may be made to the Wellford Baptist Church Children's Playground Fund, 235 Syphrit Rd., Wellford, SC 29385. The family will be at their respective homes.