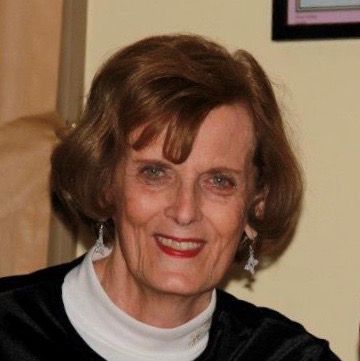 Born in Norfolk, Virginia on August 12, 1937 she was the daughter of the late Angelo Michael Sarlo and Helen Elizabeth (Dolan) Sarlo and was the wife of William Hairston having celebrated 62 years of marriage.

Mrs. Hairston was a member of St. Paul the Apostle Catholic Church.

She was predeceased by her parents and one son, Francis Dominic Hairston.

In lieu of flowers, memorial donations may be made to: Alzheimer's Association SC Chapter, PO Box 3128, Spartanburg, SC 29304.

A memorial mass will be held on Saturday, February 29, 2020 at 10:00 AM at St. Paul the Apostle Catholic Church (Historic Church, 161 North Dean Street, Spartanburg, SC 29302). Burial will follow in Roselawn Memorial Gardens in Inman, South Carolina.